To do any functions regarding a bot, you must go to it's bot page by clicking it's title in the listings.


Will this get me banned from AQW?

For just using the site
If your provide us with your AQW username, and don't tell us not to ever show it, then it will be shown on your profile. IF Artix Entertainment were to lurk on this site, then they could see your profile, see your AQW name and ban/suspend you.

If you don't provide your AQW username, or tell us to never show it, it will never EVER appear on your profile, we'll never give it out, and you will not be banned for using the Abian Bot Network for AQW.

For using the bots
We run each bot for a continuous 5 hours on various accounts, inspect the code behind the bot, review every single bot every 6 months, and have no way for authors to list bots without going through that process. This ensures that you will never find a bot here that will get you insta-banned.

However, it is entirely possible that a mod will catch you using the bot and be able to test whether or not you're playing, a major game update we somehow missed will make a bot outdated and possible auto-bannable, or another user will report you and you will become banned.

It is a 1/1,000,000,000 chance that you will be banned for using a bot from the bot net. We advise though that you use your own digression in choosing and running bots, use bots that have a good score, and test bots on a test account first.

You can read in AQW's Terms and Conditions that the agreement is "legally binding," but that only really means that they can in fact do whatever they want if you break the agreement. They can ban you, whatever, and you couldn't take action against them as you were legally bound to follow those terms and conditions.
You can also get a little bit more assurance by knowing that Artix Entertainment has neither the time or money to legally pursue people who break their rules.

We advise you use bots at your own digression, it is your choice.

We comply with all valid DMCA / C&D notices against listed bots and posts.

However, as you may note from the basic legal run-down and the DMCA/C&D info page, almost no illegal content can even make it onto the site.


Links to videos/pictures of anything copyrighted by Artix Entertainment (and all other companies if they submit even 1 DMCA) in posts/comments/bot descriptions will normally be removed, to help us comply with laws.

Unfortunately, we cannot help you in this case. You can create a new account, and start playing again though.

If you're a premium member on this site and you've just been banned, you can contact us about a refund if you no longer intend to play AQW.


Why the ads on the network?

We wish we didn't need ads on the network, but the site is expensive to keep running and there are not enough premium user to support it.

If you don't like the ads, you can use Ad Block Plus, or you can become a Premium User the ads will disappear (you can choose to toggle the textual ad in the footer).


Who built the Abian Bot Network?

Some other users (marked with the contributor, hacker, or developer badge) also helped at some point in the development of Abian and are listed on the Affiliates Page.


What is a premium user?

A premium user is a user that pays $2/month to help support the network, as well as to gain access to these perks:

What happens if there is a DMCA/C&D registered against my bot?

We will first go through all of your bot and determine if there is anything using Artix Entertainment's copyrighted material (you have a picture link your description, a comment has a picture, anything like that).

If there is anything that infringes upon their copyrights, we'll remove as little as possible immediately, un-list your bot, inform you of what happened, and you can submit your bot for re-approval; In some cases you may also be issued a warning or be banned.

If there isn't anything in your bot or on your bot page that infringes upon Artix Entertainment's copyrights, then we will just un-list your bot for the duration of the time we are dealing with Artix Entertainment, inform you of what's going on, and try to get everything sorted out as quickly as possible.

But as you can read HERE they know that the bots themselves are not using any copyrighted material, so the only things that they could have us take down are things like images or videos which use their art.


What is the team's response to DMCA's/C&D's in general?

As you can see on our Transparency Info page, we send a copy of each notice to the Chilling Effects Project for publication.

We also list all notices after adding them to Chilling Effects and any pertinent or related email transactions with the copyright holders on our Legal Requests page. 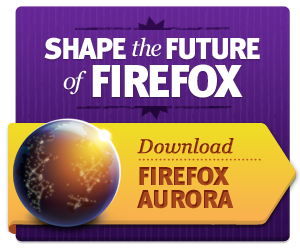